Thirteen years ago I watched my oldest grandchild emerge from his mother, slicker’n bean, his furled body slipping from the midwife’s grasp and landing in a hammock-slung green blanket, his head halo-ed with thick black hair, his mother heaving breaths of relief and exhaustion. I looked into his face as he gulped his first of a million breaths. A few years later I met the next grand baby, just minutes old, a pink girl bundle snuggled on her daddy’s exposed chest, one side of her head blotched red, evidence that birth is trauma. I moved toward her and my son relinquished her to me. I gazed at her as she willed her eyelids open just long enough for me to say hello.

Three and half years later her sister met me with eyes wide open, almond beauties alert and curious. When I looked at her it was like she already knew me. Two months later, my second son held his first, a girl child, also framed by a shock of black hair, her skin blushed dark and rosy. She too was a sleepy one, her eyelashes fluttering like little wings as I brought her face up to meet mine so I could inhale the sweet aroma that pulses from just born skin.

And just last night a boy came in the late hours minutes before midnight and he is the first of my grandchildren that I will not see face to face just moments after his arrival.

Elijah Daniel, this one is.

Quite the names to possess. Or perhaps be possessed by.

Elijah, the ancient, hard-scrabble prophet wasn’t afraid to stand face to face against a vicious king and he wasn’t afraid to look evil in the eye and call on God’s justice to prevail. And he most certainly was not afraid to face the endless cloudless skies as years of drought dusted up inside his sandals and the anticipation of rain danced upon his parched lips. 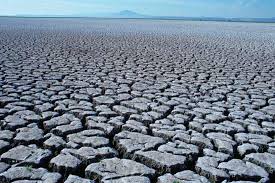 Daniel, a highly esteemed, genteel judge, wasn’t afraid to openly face his window in prayer when it was illegal to follow God. He desired to know God’s ways even when it resulted in face time with a bunch of hungry lions.

Both men were in your face kind of guys;  the first, verbose, emotional and possessing a flair for the dramatic;  the second, standing out and leading by example, gifted with a wisdom and intelligence that went beyond his years. Attributes that allowed him the privilege of leadership in a society that mocked God. Both men were fearless and met life head on, face to face.

So what of this little boy, this other Elijah Daniel that I have yet to meet, whose face I can only see in a photo, but whom I cannot smell, whose eyes I cannot look into as they struggle to focus. What will become of him, of each of my grandchildren, in a world that is shifting, tremor-ing, every seismic tilt a foreshadowing of what may be coming in the not-too-distant future. Which is that following God and loving Jesus just might warrant a trip to the lion’s den.

Perhaps I am like Elijah and being dramatic, but I don’t think so.
The rhetoric of the world is already loud and clear.

Just like it was on another night in the wee hours when Jesus, sweating drops as big as a blood clot, came face to face for what he was living and was soon to die for.

The rhetoric of Jesus’ day?

Simply that God would never stoop so low as to fit inside a human container. He would never include under his banner of grace that healing and love and freedom is for every race, every tribe, every slave, every criminal, every woman.

All were radically changed because Jesus loves to get face to face.

So the worst moment in Jesus’ life here on earth?

Not the betrayals.
Not the lashings.
Not even his bleeding out on the cross.

It was the moment when the sin of the whole wide world came upon him and his own good good father had to turn his face away from him, his only beloved son…when the intimacy of what he had always known under the gaze of his father’s face became hidden behind the black hole of hell.

Because Jesus lost sight of his father’s face for three days, we, his followers, will know no such thing. Instead we are promised our own face to face encounter with the living God.

May we on this Good Friday be like the ancient Elijah and Daniel and yes, Jesus too, unafraid of the rhetoric of this world we live in, a confident but humble people who look life square in the face with the joy and love of God surrounding us every step of the way.

As for my little Elijah Daniel, I don’t just hope to see him soon, I plan on it. And when I do I will take in every square inch of his chubby face, memorizing it until I see him again.

It’s the same with Jesus. I don’t just hope to see Him. I plan on it.

I figure I won’t be able to take my eyes off him.

One thought on “Face”